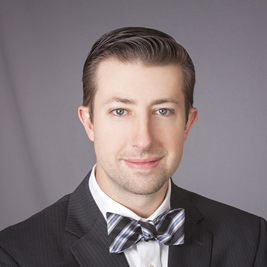 Kristopher Sowa has lived in Charlotte, Huntersville, and now resides in Mooresville. Originally from Connecticut, Kristopher attended the University of Hartford and then the University of North Carolina at Charlotte where he studied Mechanical Engineering. After completing a few years at UNCC, he was given an opportunity to let his entrepreneurial desires go to work and took over a small business that his grandfather had started. After growing the company exponentially and selling products worldwide, Kristopher decided it was time to use his knowledge to start up his own company. Kristopher started up a small niche social networking company. Though it didn’t turn out to be as big of a hit, the knowledge he received while learning the back-end aspects of social media made up for it.

Kristopher has been around real estate for most of his life and didn’t show much interest in it until he got older. Growing up, his parents owned a real estate business involving in real estate investing from rental properties to home renovations. During those times Kristopher spent most of his childhood working in and on those projects and has even done a total home renovation on his own with some guidance from his parents. After completion of the renovation, Kristopher became a licensed realtor in the state of Connecticut where he worked until moving back to the Lake Norman area in 2016. To this day Kristopher has a strong passion for real estate with an entrepreneur’s mindset. With the combination of his love of helping others, technology, and social media he uses it to his buyers and sellers advantage. He’s known to think out of the box and coming up with innovative ways to sell a property. When you work with Kristopher you’re working with someone with fresh ideas, high standards, and a positive, never give up attitude.

In Kristopher’s spare time he enjoys the outdoors where he can go hiking, fishing, and kayaking. You can find him every now and then at a Hornets game. He also loves to cook out on the grill and smoker. Lastly, he has a strong passion for cars and auto racing. He enjoys attending cars and coffee and races at Charlotte Motor Speedway. He also is starting his own car collection.